THE HATS OF LEADERSHIP

“We are convinced that small acts produce big results and in Credem, together with Peoplerise, we have concluded a training cycle for 900 managers on “THE LEADERSHIP OF SMALL ACTS”.

The small acts reminds of a relationship. But not all relationships are the same, and we often run the risk of confusing them.”

“Whoever has a head does not lack a hat”  (popular saying)

Very often, in the course of the many managerial training sessions I have attended, I have realized how difficult it is to define “univocally” the leadership activities, because leadership is such a potentially broad concept that there is a risk of including “everything and its opposite”. I have long thought about how these difficulties could occur, and starting from here I have developed my own personal “hat theory“. 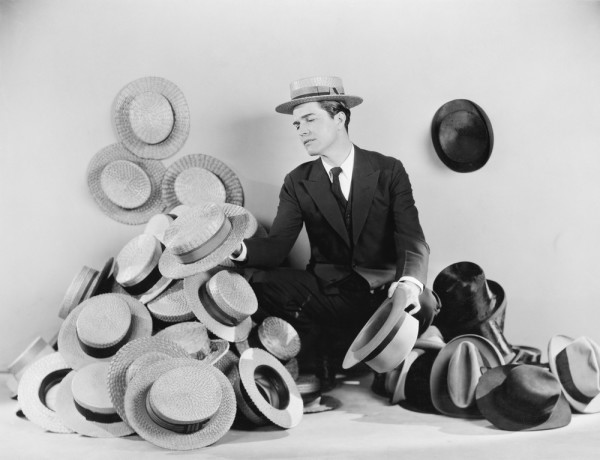 In the company where I work, but also in many other companies, people who are in a coordinating role actually find themselves wearing at least four different hats on their heads:

While a single person may wear all of these hats, and in the moment of action it is indisputable that each requires some leadership attribute, the fact remains that conceptually they are different dimensions. The same applies in operations, because being a great leader does not automatically mean that you are also a great manager or boss, and vice versa.

In other words, these dimensions come to life in different situations, and require different behaviors to perform at their best. However, it happens that we mix up the schemes, which results in that the results are not optimal.

I believe that this confusion can arise because the boss, the manager, the leader and the coach (but if we wanted to complicate things even further, also the mentor, the tutor, the Master of Craft…) work mainly with the same “application tool”: THE RELATIONSHIP. Therefore, it may be useful to distinguish the type and level of relationship that corresponds to each of the hats (resumption of the “four levels of relationship” matrix), and the situations in which that particular type of relationship appears to be the most appropriate:

Although inevitably a bit “clean-cut”, this representation makes it possible to quickly clarify a fundamental aspect: there are no absolute best practices, but rather situations where one practice is preferable in regards to the others in light of the result that is proposed to be achieved or the task that is called upon to be carried out.

For example, if we were in a building where a sudden fire broke out, it wouldn’t occur to anyone to firstly ask for involvement and sharing and introspective insight (typical leader and coach modalities). We would all be very happy to follow without any hesitation, and then sincerely thank, a confident fire captain who with clear and direct orders put us in line and got us out of danger.

Giving a different example, my motivation can’t be maintained and increased by simply ordering me to do it, and this is where the ability to engage me, especially emotionally, makes the difference.

The company assigns my boss and that’s fair enough, but I choose my leader and that’s a fact. I have been involved in leadership for many years and I believe that widespread and shared leadership is a determinant factor for business excellence, but I also think, taking it to extremes, that it is much better to be a great boss than a bad leader, because the former gives orders that make sense to follow, while the latter drags people down the wrong path (past and present history offers countless examples in both senses).

I don’t believe that all leaders are born leaders, I believe that some are born and everyone else can become one. At the same time, each one of us, due to our character and inclination, feels that certain relational methods are more suited to us than others. So what should we do in order to best carry out complex tasks that require us to wear all of these hats? First of all, try to understand which of the hats described above you feel suits your head the best, and imagine ways to bring this ability to a level of excellence.

Then, with the same honesty, identify which of the hats you feel is too tight or too loose, and try to adjust it to at least an appropriate size. The strategy for developing one’s leadership capacity is pretty classic: maximizing strengths and containing areas for improvement. Thereafter, the situations in which we find ourselves make the difference. Getting used to recognizing them and training oneself to use behavioral methods consistent with them is a fundamental step in growth. At the beginning, it will be mostly a “head” exercise, many thoughts as with all new things, but with persistence you can get – as can happen for other activities, such as driving a car – to consider “instinctive” the gestures and modes that you adopt in those situations, while in reality they are the result of constant training.

When this happens, when the recognition of the situation and the behavioral mode that fits is more “felt” than “thought,” then we can be sure that we have grown. 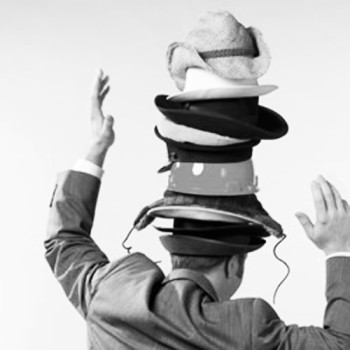 “Everyone is a multiplier. It is a multiplier of commitment and satisfaction. That’s why openness, sharing and involving colleagues from the beginning of a project […]