PLAYING TO GO BEYOND WORDS AND CULTURAL BARRIERS

Imagine a group of 40 people, of different nationalities, aged between 25 and 58. They are colleagues from the same company but belong to different teams. Many of them do not speak a common language but only their native language, and many of them have never even met each other. Imagine bringing them together at a company meeting to start a team building exercise. What can be the way to overcome age, cultural and language barriers? To facilitate forms of collaboration that do not require the use of words? The answer is: play, or to use an increasingly popular English term, playfulness.

This was precisely the approach we took in the occasion of a meeting organized by a company that manufactures sports equipment, which contacted us because it felt the need to bring the people in its team out of the work context and create a moment for them to have a different meeting experience than usual.

So, we immediately called on board Angela Halvorsen Bogo, our partner who is an expert in storytelling and transformative play, and who supports us in those projects where we feel that moving the energy and the engagement, even bodily of a large group, really makes a difference. 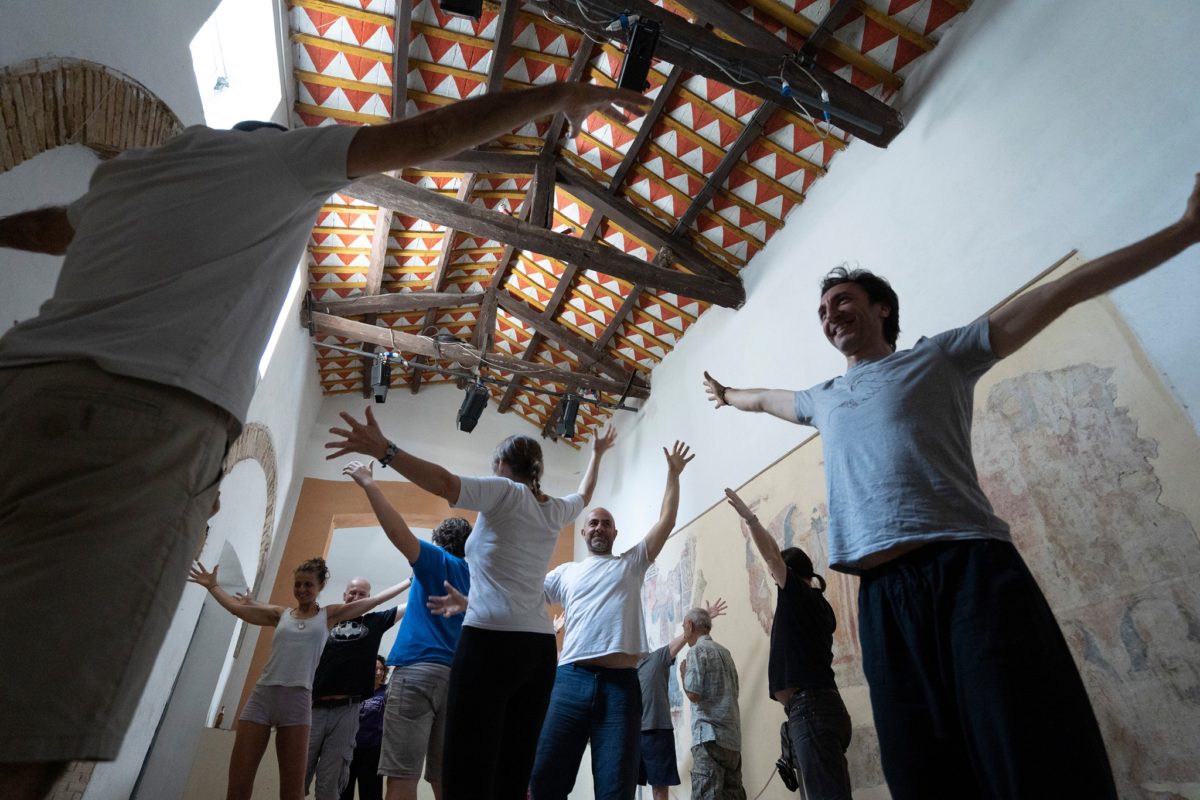 In this case, the focus was on helping people get to know each other beyond roles and…words. Together, we designed a path for participants to share an experience of participatory leadership and collaboration through play. Thanks to a crescendo of complexity and involvement, we were able to create an authentic and creative meeting space, out of the ordinary and only in a few hours, this team experienced what it means to pay attention to mutual listening, self-awareness and the absence of control over the actions of others, to the point of feeling a true sense of belonging.

In fact, the game represents a very fertile ground on which it is possible to build in a very different way compared to other traditional activities. It creates more authentic relationships because it is not mediated by words, labels and expectations that sometimes imprison us in our everyday life. And without providing cognitive indications, it develops, through experience, an anchor of positive collective memories, to which we can return when we have difficulties.

In this workshop, for example, people, even though they knew very little about what they were going to do, slowly opened up and began to laugh, joke, have fun, until they became enthusiastic, coming into deep contact with the pleasure generated by playing to play, gradually freeing their expressiveness. The game in fact allows a warm relationship and nourishes the connection with the other person on completely different experiential levels than those of the work environment.

Consolidating the collective learning at the end of the experience is therefore very important. For this reason, at the end of the course, Angela led a moment of reflection with the workshop participants, in order to reflect on the experience, on how the group acted differently than usual and on what it meant to be able to interact in this way.