The challenge of a cross-functional and intercontinental team

20 specialists, spread over 4 different countries, tackling a very difficult job. Accompanying this team towards the achievement of its goal was not an easy journey, but it was a challenge that we took on with joy. And with joy we admired the enormous value of cross-functional teams and the energy they can both generate and release.

In particular, we cannot assume that they have learned how to create a conscious and safe relational field in which individuals can contribute as singulars and at the same time as part of a group and a system. In fact, this skill is still uncommon, and highly specialized profiles have rarely received training or had experience in it. But the potential is already there, it’s just a matter of releasing it.

The reason for this is because those who are very passionate and motivated have a strong desire to do and be the best that they can. And when a safe space is created where people can also express their qualities through human relationships, the result is exponential. Transformation in these cases becomes tangible and it seems as if people are blooming.

This is what we can see is happening in high-complexity projects, which require finding ways of working cross-company and cross-functionally.

The case of the pharmaceutical company

This is what we observed when we were contacted by a company in the pharmaceutical sector that was in danger of losing a very important client because a team, formed ad hoc for a very articulated order, could not meet the high standards required by the client.

They were 20 specialists, located in 4 different countries across Europe and the US, some had never even met face-to-face, and had been part of different companies which recently had merged into one large group. The client complained that they had chosen the company for the competitive advantage of having a single point of contact and not having to deal with multiple suppliers, but in reality the group was even less integrated than promised. 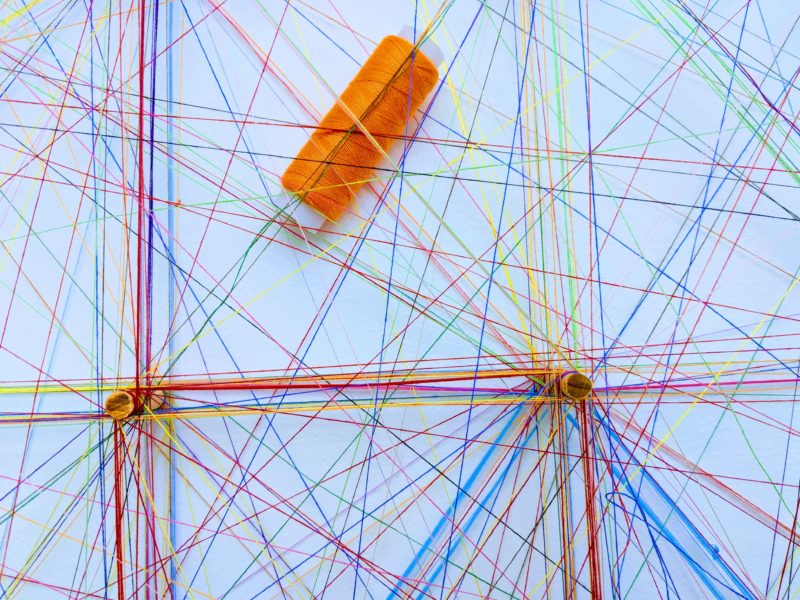 Creating a shared geography together

The first thing we did was bring the team members together for the first time in the same physical space, in order to get to know each other. We worked on creating an authentic human connection, initiating moments of deep communication, which naturally lowered interpersonal conflicts and thus the sense of frustration and tension. Thereafter, we focused on building a shared geography together with them within which they were moving. Hence, people began to see themselves and others, and the group recognized itself as a system of which everyone was a part. Having identified the common frame of reference, individuals were able to place themselves, and the part of the work they were working on, within the puzzle.

They were able to understand the complexity of the challenge they were facing in which the tools of the past could not longer be adopted as previously. This is because the reality in which they were operating was fluid, constantly evolving, and the relationship between cause and effect, on which the usual processes were based, was no longer guaranteed. What counted more than the organizational chart was the quality of the relationships, more than processes and procedures, the ability to experiment quickly and apply the learning to the next experiment.

For this reason, together with the group, we identified areas in which to improve the processes of organization and communication, both internally and with the client. In two subsequent workshops, the group worked on the definition of roles and responsibilities, on the identification of some parameters in communication, for example to understand who needed to know what on the basis of the client’s NDAs, on the understanding of the organizational reference models of the various offices to which the team members belong, on the appropriateness of the different methods for handling the relationship and contact with the client, on the creation of a shared language, for example in the definition of the product data sheets and of some job titles.

The impact was very positive. Conflicts were eliminated, both in person and remote work flowed with greater clarity and effectiveness, and the performance improved. The client, whom the group had risked losing, confirmed the order. In addition to this, given the results, the company asked us to use this pilot project to create a manifesto of guidelines to be applied to other highly specialized teams, dedicated to following very complex projects, in order to facilitate cross-functional collaboration.

It was challenging and engaging to be a part of this project. But seeing people blooming has confirmed to me, once again, that investing in people’s well-being and awareness has a direct impact on the quality of the final work. In fact, the relational field is a multiplier and what allows the people who become part of it to be themselves and express their full potential.

Witnessing this transformation is a privilege for me, and it hits me every time as if it were the first!