What are Teal organizations 3

Our journey into the world of self-organization continues in this article. After having discovered together what the Red Organization is, I will in this post tell you about the second organizational paradigm, that of the Amber Organization.

Each paradigm shift opens up new capacities and possibilities. When the Amber consciousness emerged, humanity made a leap from the tribal world, founded on horticulture, to the age of agriculture, states and civilizations, institutions, bureaucracy and organized religions.

While Red organizations are identified with the wolf pack, in the Amber the metaphor changes: a good organization should function as an army. 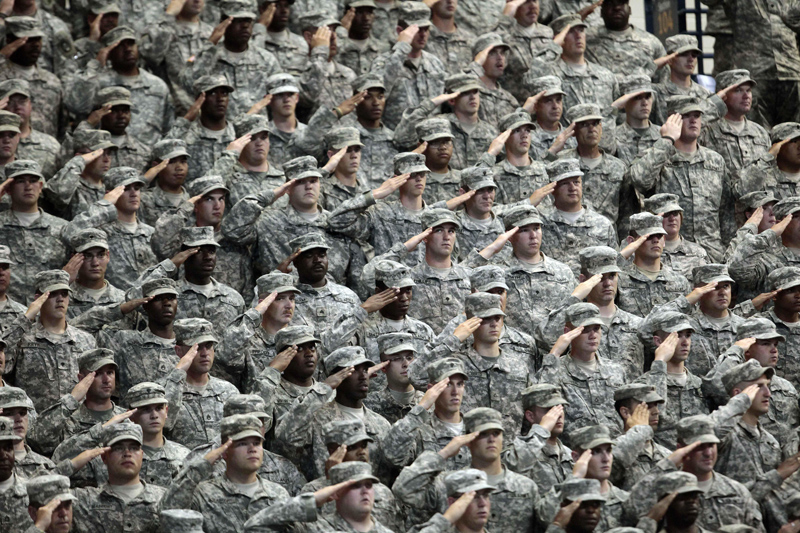 In the Amber paradigm, the former Red and impulsive self is now capable of exercising self-discipline and self-control, not only in public, but also in private. Amber societies have simple morals, based on a single accepted and correct way of doing things. The Amber worldview is static: there are immutable laws and everything is either right or wrong.

The advent of Amber organizations has brought with it two major breakthroughs: organizations can now plan for the medium and long term and can develop organizational structures that are stable and can grow. The combination of these two innovations makes organizations capable of achieving results far beyond anything the Red Organizations could have ever contemplated.

These organizations are therefore able to create things that previously were unimaginable: irrigation systems, the pyramids, the Great Wall of China. Most governments, public schools, religious institutions, and military environments are still structured according to these practices and principles.

The Catholic Church is also based on this paradigm; it was probably the quintessential organization that defined the Amber Organizations in the Western world.

The long-term perspective is connected to the invention of processes. With processes, past experience can be replicated into the future and critical knowledge is no longer solely related to a person, but is transferred throughout the organized system.

Unlike Red organizations, which are highly opportunistic and do not look beyond the short term, Amber organizations are able to take on long-term projects, such as the construction of cathedrals that may take centuries to complete.

the concept of role

Dimension and stability are made possible because people in the organizations are content to stay in their places and not compete for a higher prize. At this stage of evolution they identify with their role, with their place in the organization. They find refuge in strictly defined identities through the use of formal titles, fixed hierarchies and organizational charts to reinforce their identification with their role. The Amber ego seeks order, stability, and predictability. Change is viewed with suspicion and control is exercised through institutions and bureaucracy. The overall structure is set up in a rigid pyramid, with a cascade of hierarchical reporting lines from bosses to co-workers. Amber societies tend to be highly stratified, with social class or caste systems and rigid gender differences as defining characteristics. 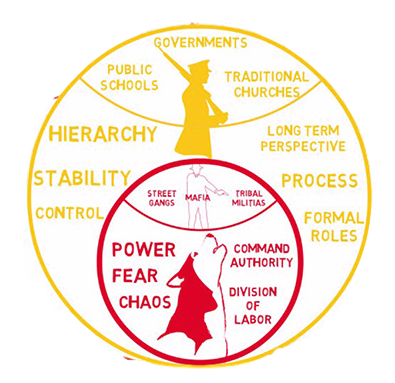 differences from the past

Compared to the Red organizations, where the power structures are in constant flux, solely driven by the influence of strong personalities, in the Amber Organizations everyone can be replaced by someone else who plays the same role in the process. Even the leader is replaceable, in an order of succession, and therefore they are able to survive for centuries.

In Amber Organizations, planning and execution are clearly separated: thinking occurs at the top, operating occurs at the bottom. Control mechanisms are no longer connected to violence, as they might have been in Red Organizations, but to disciplinary measures and systems of consequences. The underlying hidden guidance is that workers are lazy and dishonest, with a constant need for discipline and direction. Thus the “social mask” is born: titles, rankings, and uniforms are created to ensure role identification. Social stability is gained at the expense of wearing a mask, learning to move away from one’s nature to embrace an acceptable self. The social belonging is the ultimate to aspire to in the Amber Organizations. You are part of a group, and if not, you are seen as an enemy. This principle is also applied internally, with respect to different levels (management vs. employees for example). This leads to the creation of silos, where different groups view each other with suspicion. The only way in which there can be trust is through control, creating procedures that people between silos must respect. Such internal barriers are walls between inside and outside the organization. The result is a differentiated organizational structure which benefits from scalability, but with difficult inter-functional linkages, a management team that is distant from the customer, and problems of collaboration, communication and motivation.

The vision is accordingly static, based on the existence of a single truth and simple, shared norms. The authority to decide what is right or wrong is vested in a role, rather than a personality.

This organization is perfect for stable, enduring contexts where the future can be planned based on past experience. It operates under the belief that there is a right way to do things and that the world is immutable. These are organizations that struggle to compete, seeking dominance and monopoly.

Collaborative management is seen as madness and the managerial decision-making model is based on command & control. Innovation and critical thinking are not required, but instead discouraged. Decision making is based on “perceive – categorize – respond”. In this domain of linear and stable cause-and-effect, best practices are legitimate and successful approaches are easily identified.

In Red organizations, people must fight on a daily basis to defend their own backyard, if not survival, from their bosses, colleagues, and subordinates. In contrast, the orderliness and predictability of the Amber Organizations makes people feel like they are in a safe haven.

Looking at it from the perspective of later evolutionary stages, this may appear to be very limiting. However, compared to the Red organizations, it turns out to be a great advancement. 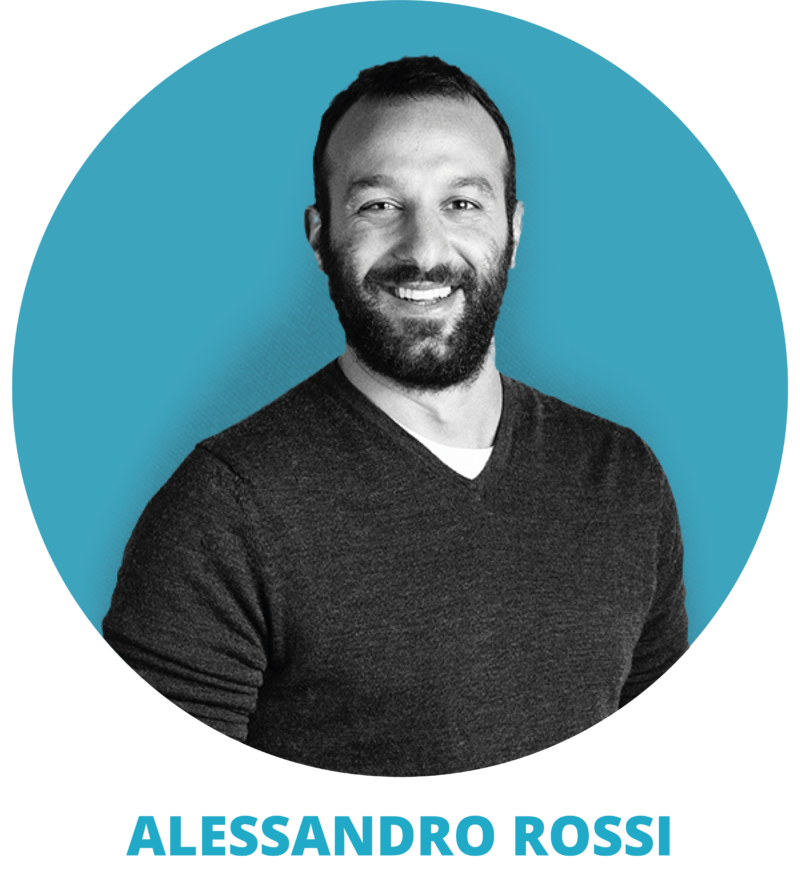 Would you like to learn more
about the TEAL world?