WHEN A LEAP INTO THE VOID CHANGES YOUR LIFE

My ten years at Peoplerise

In my professional life, I’ve always made my decisions based on the meaning that the projects could have and the possibility of having not just colleagues, but good travelling companions by my side. That’s why when Antonio Di Stefano told me about his idea of creating Peoplerise, I chose to resign from the role I was in at the time. In his design, I saw a great deal of potential, the opportunity to make a difference by investing in something I believed in, giving life to a bold, beautiful and creative project which could have meaning for me and the people I would be sharing it with.

Antonio and I had known each other for nine years. Together, we had faced a great many professional challenges within the same company, he and I as staff director and selection and development manager respectively. But neither of us had ever been a consultant, nor did we know what it could really mean. So making this decision at the time was a real leap of faith, a wonderful gamble which forced me to question everything about myself at the deepest levels. I had to leave the security of what had been my professional life until then and open myself up to a completely new phase of research and experimentation. 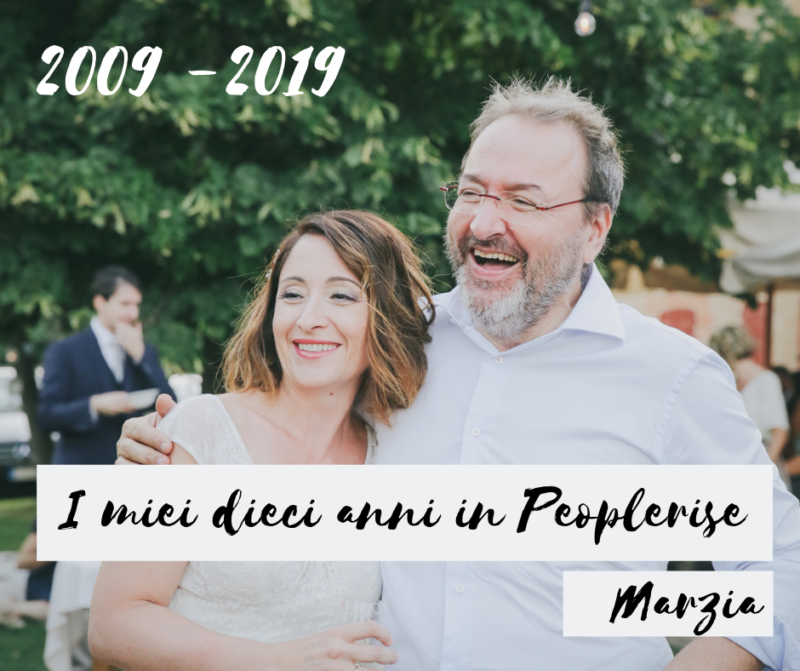 I had already been working in organisations for more than ten years, and I came to realise that the business world was at a crucial fork in the road. The people working in companies were undervalued and couldn’t find meaning in their work. I sensed a growing sense of malaise amongst employees and, at the same time, quite the struggle amongst managers, who had trouble recognising the problem and finding a way to deal with it.

By creating Peoplerise, we could really make a difference by introducing a new approach. We could find a radically different way of making room for people in their organisations. In this vein, we didn’t want to impose a model handed down from above, but rather bring a contribution that could have a true meaning, both deep and authentic, respectful of the potential and skills and every single employee in the companies we would work with. It was based on this idea that we came up with not only the name of our company, but also the payoff: “People will always be essential”.

When I think back on that period, I can honestly say that deciding to be part of that little bud which sprouted in 2009 was a choice made by my gut and my heart, rather than my head. We were a start-up with so much potential, people with an incredible amount of enthusiasm and energy, but we didn’t have any clients, much less an established history as consultants to back us up.

So we certainly weren’t short on worries, and looking at Peoplerise today, I never would have imagined having built such a wonderful story, or having so many successful projects and goals under our belt. It’s been 10 wonderful years, each one beautiful in its own way, full of moments of joy and important relationships, because we believe that feeling good together, every single day, is essential. This applies not only to our working group but also to when we come into companies with our projects. The relationship is never the classic client-supplier relationship because for us, forging a true bond is fundamental. And there are so many people who have believed in and entrusted themselves to us over these ten years that I really do feel a great deal of gratitude.

And it is because we believe in the possibility of truly bringing new value to their daily lives and making a concrete and useful contribution that we devote so much of our time to study, research and our training. For this reason, Peoplerise itself is a place for experimentation, a laboratory constantly seeking out new paths to finding a different way of being a company, where people are deeply connected to their purpose, working on themselves, seeking out and valuing their personal talents. We are a crazy tribe of explorers, a group that has chosen itself, travelling companions, to whom I am deeply grateful.

Ten years ago, Antonio may have been the one to kickstart this project, but Peoplerise is made up of all those who have lovingly fed and nurtured that spark over time. That’s the beauty of Peoplerise: it is constantly regenerating, evolving along with people, contributing to their future and allowing everyone to find their own way.