KNOWMADS, AN ACCELERATOR OF CHANGE

Britt speaks from the heart, even though she doesn’t know the person who’s interviewing her. Several days have passed since the end of the Knowmads Spring School in Lisbon. And it’s not hard to tell from her voice and the intensity of her speech that the experience has left a mark. She’s not afraid to expose herself, to share, despite the fact that the issues affect her in a deep and personal way. 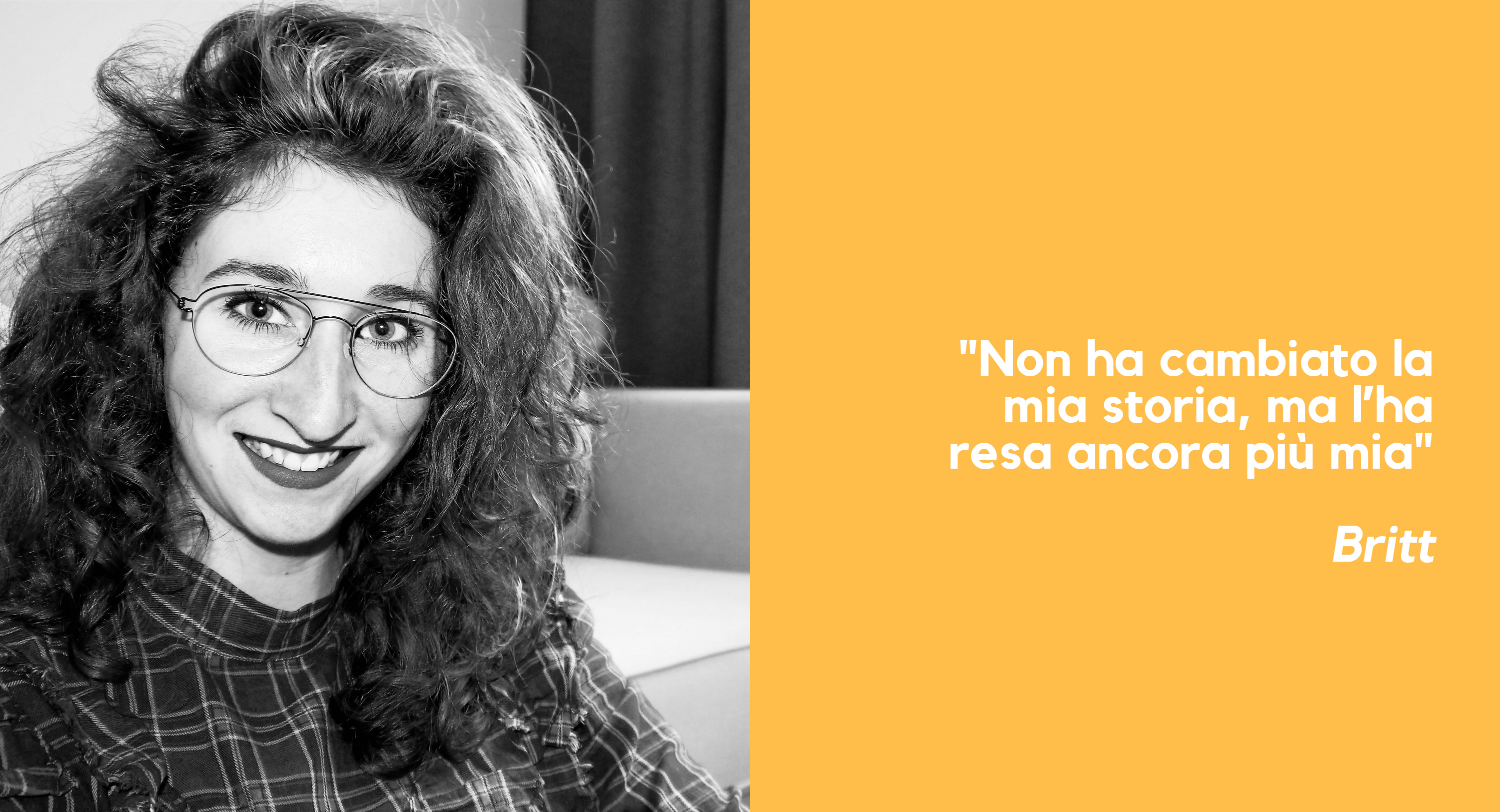 “I’d seen a TED talk by Pieter Spinder”, she tells us, “and before the start of the Spring School in Lisbon, I called him. I was really curious to find out how integrated learning works. I wanted to experience it first hand and see how head, heart and hands can really be used together. I’m an educator, I work at the University of Applied Sciences in Rotterdam and I’m developing a course on personal leadership for nurses. I wanted to find out how to get the students to engage with this broader perspective, rather than using only their minds.”

“What I really liked was that practically all the activities we did were focused on the goal of taking you out of your own mind. We worked on activities that were extremely varied, and to complete them we were asked to use not our heads, but our intuition and our hearts. For example, at the start, Pieter provided us with a series of very deep questions, such as: what do people say about you, what truly pleases you, what’s a secret about you that’s unknown to the group… And instead of giving answers in words, we had to use images, which we then put together in a PowerPoint and used to introduce ourselves to the rest of the group. It was really interesting.” 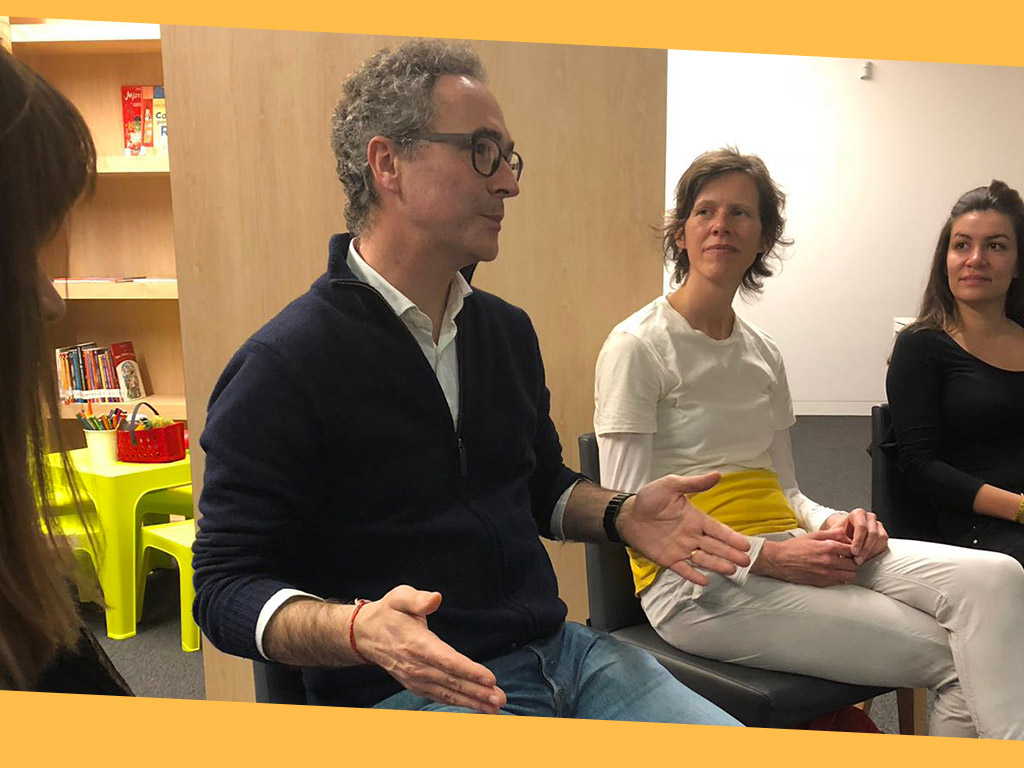 The answers you didn’t know you had

“Another day”, Britt continues, “we were asked to focus on a question we’d been thinking about for some time and to which we felt the desire to find an answer. Then at a certain point we were told to stop thinking about it, and we did some exercises that involved following our intuition, walking in the city, for instance. At the end we were asked to think again about our question, and the fascinating thing was that by doing such diverse activities you get really different ideas, allowing you to access a perspective you didn’t have before.”

A journey through Theory U

“We also explored Theory U, which stimulates people to examine themselves and to ask questions in an effort to go ever deeper, to ensure that what we do reflects who we truly are and what we believe in. To do this, it’s necessary to pass through various stages and follow a procedure, step by step. Before I started I was saying: I know myself, I know what I want to do, I know my story, and I felt I was ready to act. But then, after the process and the group work, I began to feel and think differently and acknowledge my personal pitfalls. And that was an extremely deep and important learning experience which left me more rooted. It didn’t change my story, but it made it even more mine. Theory U guides you to go deep and only then to act. But what many people tend to do when they have an idea is to proceed straight away. Instead of taking a step back to feel, observe, compare.” 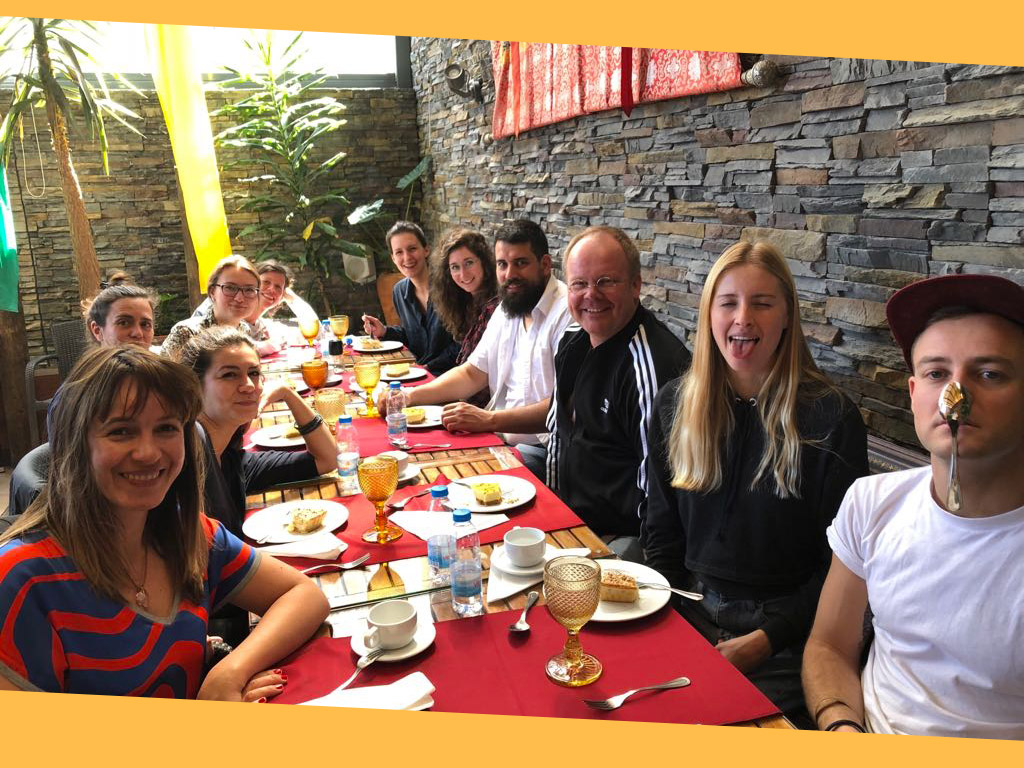 Dance and movement to get to know each other

“While we were getting into the process of Theory U”, Britt recalls, “in one of the most important stages, known as presencing, there was a workshop to make us immerse ourselves in our imagination. We were asked to feel our emotions and move to music according to our feelings. Then we had to paint our faces to express what we’d felt and experienced during the dancing. And the other people had to look at our painted faces and describe them in movement, without using words. It was an extraordinarily unusual and intense experience.”

“The group played an extremely important role throughout. Together we worked on our growth, using our mutual skills and experience. We felt a deep sense of trust and freedom, despite the fact that we were only together for a short time. The week is actually like an accelerator, and the process, emotions and relations are extremely intense. In very little time you find yourself with a deep knowledge of people from different backgrounds and of different ages, in our case between 18 and 45. And, since you’re brought together by the fact that you’re undertaking this intense journey, you feel a strong need to share. The other people in the group are in fact the only ones who can understand you. For example, while I was there I received messages from friends who wanted to know how it was going and what it was like as an experience. But I couldn’t describe it at that point. Because it’s a process that’s so huge and deep that while you’re experiencing it it’s difficult to talk about it to someone who’s not there. In fact it was only at the end of the week that I managed to say anything.”

How to put what I learned into practice

“Now I’m back and I’ve gathered my thoughts”, Britt concludes, “I’ve decided that I’ll develop a new educational approach for my students. The healthcare system is actually changing fast. There are no longer patients, but customers. And this impacts on the role played by nurses. So what I intend to do is support them in a journey of personal growth through which they’ll learn to know themselves and become aware of their feelings and those of other people. And if you want to do this you have to make more use of your heart and your intuition. I’ll try and make them more sensitive not only to what they can see or others are showing, but also to what can only be felt.”

Are you ready to take ownership over your story/journey? Maybe Knowmads could be your springboard.