Those who look into the mirror will change the world

Peoplerise becomes a Benefit Corporation: an important milestone in the journey towards individual, organizational/economic, social and environmental sustainability.

The beginning of the journey

Once upon a time there was an ambitious activist. He saw two deep chasms that were corrupting the socio-ecological system.

These two chasms gave him energy to try to change the world, yet, although his motivations and ambitions were great, he could not achieve his goal.

Disappointed by the inability of other people and the system to see what he was seeing, he looked into the mirror one morning. His reflection in the mirror made him realize that a third chasm existed. It was deep, silent, and hidden: it was the cultural-spiritual one. It made him unable to see what the mirror reflected: his own Self.

Only the tip of the iceberg comes out of the water

Peoplerise, just like that brave activist, looked into the mirror a year ago and realized that in order to change the organisational world, and bridge the gap between these three chasms, it needed to act more consciously.

Peoplerise understood that to be a positive force for itself, for all Peoplerisers, for society and for Nature, it had to go deep to see the whole iceberg and find all the unsustainable dynamics that were beneath the surface of its own actions. This initial call brought us closer to the world of B Corporations. 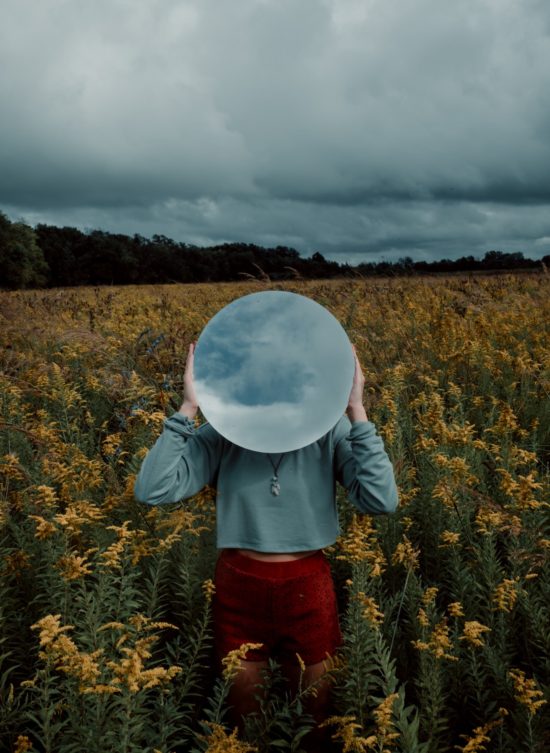 Photo by Noah Buscher on Unsplash

The B Corp movement

The B Corp movement offers a great model for investigating and measuring the positive impact that a company creates, and that is where our journey began. With great patience and dedication, we compiled the B Impact Assessment (BIA), which revealed what we were already doing well, what needed to be improved, what we could do to increase our impact and, finally, what we needed to let go of.

The results of the BIA allowed us to identify areas for action and, after setting ourselves targets to achieve, we began to develop our new strategies and prototypes. One of these targets was to change our article of association to become a Benefit Corporate.

What is a Benefit Corporate?

A Benefit Corporate is a for-profit legal form that integrates into its corporate purpose, in addition to profit objectives, the aim of having a positive impact on society and the planet.

After several months of working towards the goals we had set for ourselves, we reached a milestone on our journey towards B Corp certification: becoming a Benefit Corporation.

And today, with great pride, we can announce that we are a Benefit Corporation and a positive force committed to using our business as a driver for change within the organizational world, the society, and the planet.

The B Corp certification has now reached one of the final stages, the verification, but our intention and our hands are already working to continue to constantly improve.

But that is a story I will tell you another time!