Bad leadership: you can’t not talk about it

I recently published a post on the topic of Big Quit and here are some new remarks of bad leadership emerging from an article at Senzafiltro.

One example among many:

“You’re a b*tch, in this company sickness is not accepted, if you’re sick, you stick a painkiller up your a** and come to work, otherwise that’s the door.”

And let’s talk about this kind of leadership! Let’s not limit ourselves only to the desired leadership.

It’s interesting this never-ending stream of news about bad leadership, because they are pieces of reality to analyze and reflect on in order to imagine and experiment with new actions.

I don’t blame good leaders, but bad leadership also lurks in every good leadership. Perhaps in a less striking way, but nonetheless capable of disrupting the processes of leadership which, as we know, are sensitive and subtle.

I extrapolated the sentence above among the many similar ones I read in the article and it struck me for several reasons. For the fact that:

Not human beings but workforce

Years and years of mechanistic and parceling out organizational theories have reduced the human being to a pure workforce, a resource, a mechanism with coherent ways of “maneuvering”. Leaders who are hunters of differences, enemies of individual initiative that is not the way they want it, and therefore are inclusive only by similarity. Intolerant and violent leaders. Inhuman leaders.

There are many clichés that anesthetize us with respect to these intolerable occurrences. For example, you don’t bat an eye if people choose companies and then later leave because of the bosses. Or we believe that too much democracy ruins organizations and that an iron fist is needed, or we complain that we just bought arms and unfortunately these arms also arrived at the company with a head.

We could write books full of these “cultural bricks”. 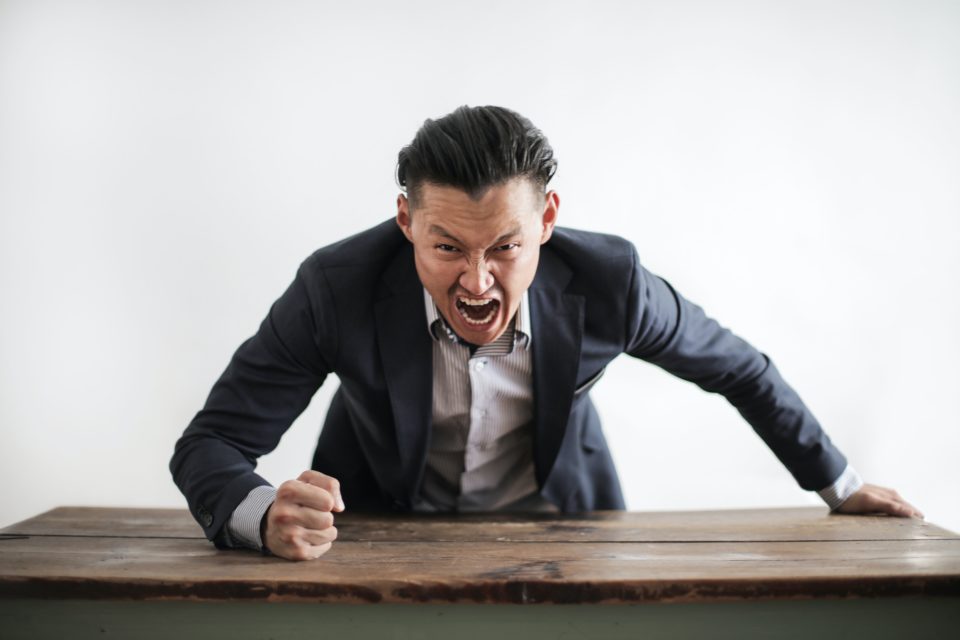 How to allow this cultural issue to evolve

Thinking about a senior manager insulting a fellow employee in such a vulgar and indecent manner gives me hope that employers’ and workers’ organizations can become increasingly united in a campaign to raise awareness of the issue and introduce exemplary norms and sanctions. For me, a manager who uses a phrase like the one mentioned above, and makes it into his or her behavioral habit, should be relieved of the duties and should also be judged criminally.

But it would still not be enough!
There is a cultural issue that if not addressed will not allow an elimination of such behavior.

A section from this version of the film Human (link) comes to my rescue (anyone who hasn’t already seen it should see it at least once!). At minute 5 a man appears, he’s a convicted murderer talking about love. Or at least what love was to him before he met Agnes, mother and grandmother of the woman and child he killed.

They are moving minutes that reach the heart as he tells how he always believed that love was violence and abuse. In fact, as a child, his stepfather used to beat him up bloody with electric hangers, telling him: it hurts me more than it hurts you, but I do it because I love you! He has done the same ever since, he has believed that to love is to hurt, he has measured love in proportion to the pain that the other person endured. He beat until he killed, because that was the love he knew. Only Agnes allowed him, by forgiving and understanding the deep error that dwelled within him, to understand what it was to love.

This is how the root of “bad leadership” must end: it is serious, sedimented habits that involve the history of that organization, its shareholders, CEO, HR and colleagues.

Love in order to design a path that makes us understand together what the sedimented, distorting and hidden beliefs at the base of such attitudes are.

Firmness because we can no longer smile and kindly label these bad leaderships with a simple: “we know him, he’s like that, but he’s loyal to the company and has always brought results”.

Leadership like this is toxic, it discredits the whole intention to be sustainable and inclusive and to make an evolutionary leap. They also hurt people terribly!

I’ve been working in HR for a long time in my life and I’ve encountered a few of these types of leaders myself, unfortunately. What I’m not proud of is that I’ve walked them to the door, most of the times when they have done something else:

As if damages to human assets should not be contemplated with equal gravity by CEOs and HR. Even if the latter often do not have all the power on these decisions.
In conclusion, I believe that all employees need to be equipped with the right tools to deal with this change in perspective. Support is needed to activate widespread actions for gentle leadership and non-violent communication.
I am convinced that companies freed from anachronistic leadership attitudes and equipped with the right approaches, practices and tools can express their full potential much, much better!