FASTEN YOUR SEATBELTS. PEOPLERISE IS TAKING YOU ON A JOURNEY THROUGH THE THEORY U

It is called Theory U because it identifies the path to transformation: instead of passing through an iceberg by way of the part that is visible, we must dive underwater and slowly descend until we understand what lies in the depths – forming a U-shaped valley – only to resurface at lightning speed on the other side, bringing with us something that is radically different. The purpose of the entire process is to trigger a transformation in people so that they can connect with their highest potential. This theory is based on scientific research that has identified and verified which methods and approaches are used by those people who have succeeded in changing themselves and the environment they live in. 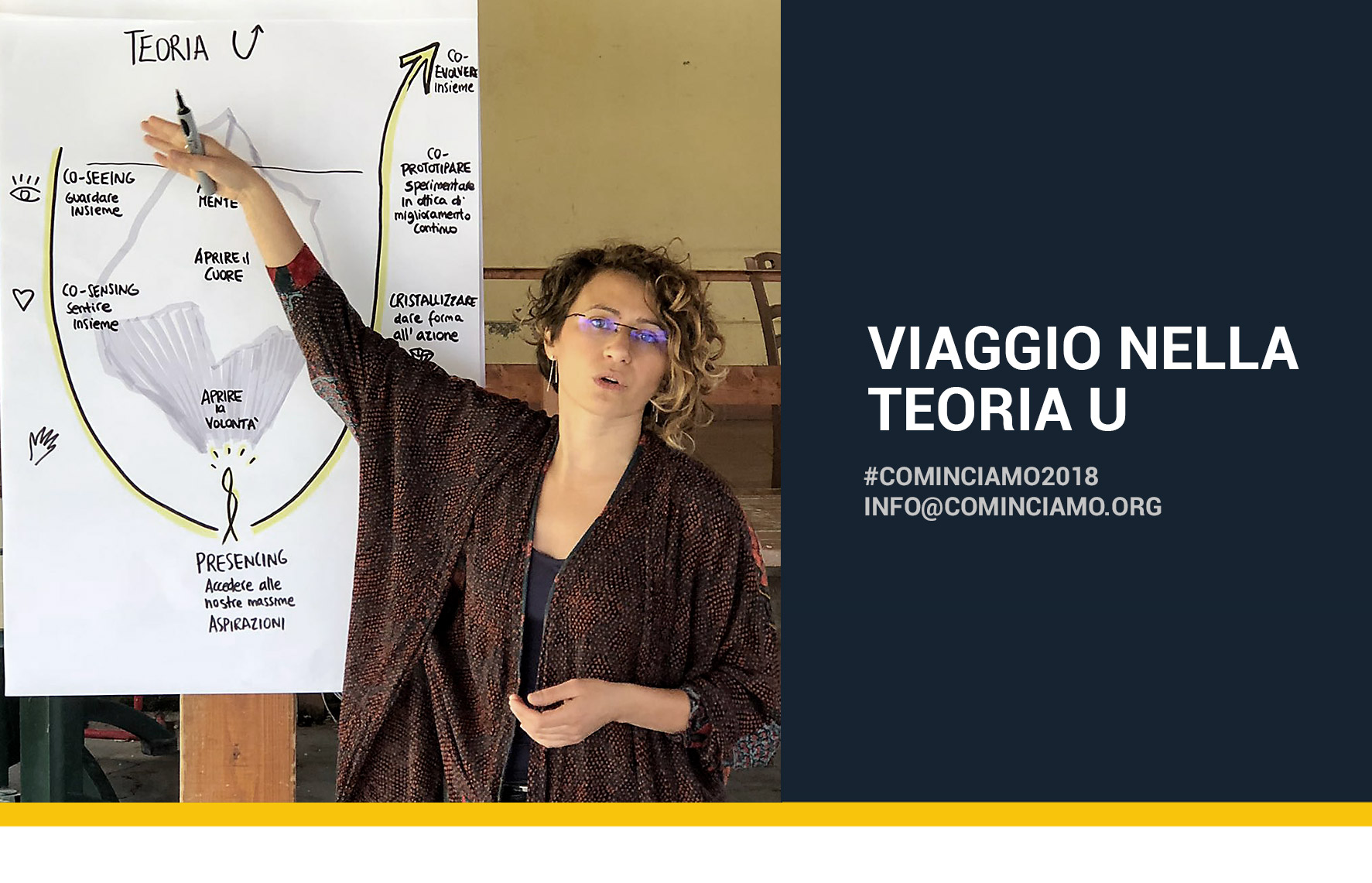 Valentina Catena, a consultant at Peoplerise explains the process like this: “Theory U is a categorization of intuitions and many people have similar experiences as they take on the process of transformation without even realizing it. However, this is an abstraction that begins with the observation of reality. In fact, it is derived from research conducted by Otto Scharmer, a professor at MIT in Boston and founder of the Presencing Institute. The Institute is an international study center for social and leadership change and it grew out of more than 100 interviews with leaders including CEOs, politicians, artists, athletes, musicians, and NGO representatives who, through their own efforts, have succeeded in changing their environments for the better and continue to do so”.

Essentially, Theory U can be found at the base of any situation where a transformation is evolving for the benefit of a greater good. It is during this time that people are capable of hooking into a vision they perceive as deeply rooted in who they are and with what their life and environment have ushered them to become.

Valentina points out that “…the journey Peoplerise undertakes in companies follows a succession of stages clearly identified by Theory U. First of all, there is the recognition of the challenge that those participating in the process want to overcome. After that, instead of looking for a solution right away (which is usually how it’s done), they work through several stages which allow for a more in-depth analysis. The path makes it possible to inspect issues from a new standpoint, thus creating an authentic connection with the motivation that guides each and every one of us”.

The process of transformation is an individual one but it always takes place in a participatory manner that is shared within the group.

Valentina also calls attention to the fact that “…the first thing we do is create a safe place for people to get into sync with others so they can work on empathy, see one another not only as colleagues but as fellow human beings and share their thoughts in a genuine way. We do this by facilitating dialogues and asking the kinds of questions that encourage people and the group as a whole to see things in a different light and, through the use of a series of exercises designed to inspire them, free their intuition and develop a dynamic of open-mindedness and courage”.

The final goal is to go from an egocentric outlook, focused upon the interests of one’s own small part of belonging, to an ecosystemic approach that compels them to look beyond their own private garden and see the full picture – the city where the garden is located… and even further.

Valentina continues her presentation by commenting “When you’re travelling through Theory U, you have to deal with the consideration of your current circumstances and on the unique qualities and motivation of every single participant until you are able to figure out what kind of contribution everyone in the group wants to make as a human being, a professional and as a member of the group. You get it to emerge, so to say. As you go deeper and deeper into the U, you start to sense the true meaning of being part of something much bigger. Finally, towards the end of the journey, a prototype is developed. We call this the stage in which you go from your heart to your hand – to the stage in which you take action. This is when all the answers to your initial questions take shape”.

However, the process of transformation – just like any other journey – is not without its obstacles, and in this specific case we’re dealing with the resistance we all meet with whenever we try to open our hearts. Theory U in particular pinpoints three possible obstacles: the voice of judgment, the voice of cynicism, and that of the fear of acting in a way that is totally new.

Valentina explains this by clarifying that “…it’s a shield we all put on because we aren’t used to experiencing the workplace as somewhere to evolve as a human being. There is usually a separation going on: the one side is ‘us as people at work’ and the other is ‘us as people away from work’. And here is why Theory U is so important. It allows us to establish a deep connection with ourselves, to rediscover those forgotten inner qualities of ours and our potential to grow. It makes it possible for us to bond more closely with what we do, to acquire a sense of purpose, and to find ourselves again as the human beings we really are as opposed to feeling like some inner workings of a machine”.

Once the transformation has taken place, it works on an individual level, on a team level, or on an organizational level. But the perspective can be broadened even further.

Valentina concludes by saying “This process makes it possible for the world of business to see its role from a systemic point of view so it can adopt a different perspective. One of an alliance between human beings and with other institutions and the social body so that solutions to problems like poverty, sustainable development, and the inclusion of those living in alienation can be found”.