The story of a three-day workshop with Peoplerise

The store managers at The North Face had no idea. And all the more reason, as the journey they undertook was that much more valuable. They expected the classic company meeting, with front-facing product and marketing presentations, but instead took part in a workshop in which their stories were made the focus and they were involved in a deeply transformative process. 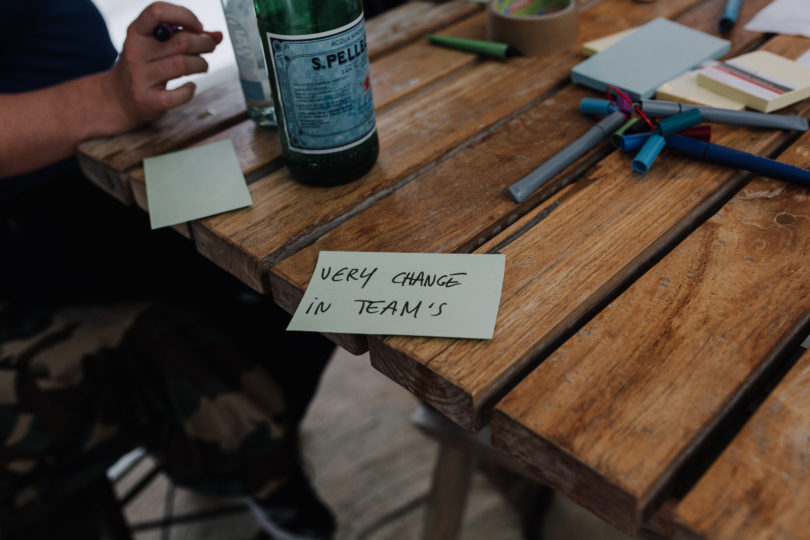 “The idea”, explains Sergio Caredda, Senior Director, HR business partner DTC EMEA of VF Corporation, “was to work on the content that could be energising. As such, compared to the past we have decided to stop and truly think about the role of the store manager. And this event confirmed what I have always believed in: building people-centered shops is a winning strategy.”

The workshop lasted three days and brought together 80 people from different European countries, including Spain, France, Germany, Italy, England, Switzerland and the Netherlands in Amsterdam, at the headquarters of Knowmads, the Alternative Business School of which Peoplerise is a partner.

“The stories formed the guiding thread”, explains Elena Crudo, a Peoplerise consultant, “because they represent a point of access within everyone’s reach and allow for people to explain complex issues in a simple way. Our aim was to give people a voice in a natural and personal way, based on a fundamental assumption: each of us lives immersed in stories and, in the case of store managers, they are team stories, customer stories or product stories. Nobody knows their work and their daily lives better than they do. Starting from the stories means considering that the system is made up of people, geographical differences and many other variables, which make the context complex and allow us to observe change from a variety of points of view, not just that of the manager.”

That is why hearing the protagonists’ narration about what they see and experience on a daily basis is a precious starting point. And that is how every day, in a different way, the group of The North Face store managers was led to discover the stories of the individual participants. And whilst at the start, people were reasonably bewildered at the idea of becoming the focus of the meeting, once they were invited to talk not about the technical aspects of their work, but rather about the personal ones, a desire to share with others emerged, because the deeper meaning of it started to be understood. The path we have taken together has brought out, in an intuitive way, the deeply-rooted cultural archetypes that determine our daily behaviour, making people aware of them so that they are no longer automatic or taken for granted. And awareness is the first step towards new choices.”

“The path took over these three days”, continues Sergio Caredda, “started from the human and individual aspect, and then focused on how store managers feel today in their role, finally coming to identify what can be changed in management and determine what the desired future is.”

But there is no story without a setting, and for Peoplerise, this is represented by the creation of a solid safe space which allows for authentic connections between people, between their inner and outer worlds. And this course also includes the preparation of middle management, to ensure that it is present, but discreetly, so as not to risk generating conditioning.

“The result of this workshop”, says Elena, “is also largely due to how district managers have played their part with a certain delicacy, encouraging freedom of expression and a natural feeling. It was important for us for people to feel free to talk about what they were going through. Because when we feel that we can be ourselves, a very powerful energy is released and a deeper connection is activated, which allows us to really focus on who we are and what we do. This gives rise to intuitions that stay with you for life because they derive from a wholly personal experience and not from generic theoretical definitions, which you study and later forget. Our purpose is not to create isolated “bubble” moments that are detached from reality, but to sow a seed, to activate new energies that turn into a practice, which can then be adopted and brought back into everyday life. And that’s exactly how it went. At the end of the three days, many people shared that they were looking forward to going back home, with the intention of telling and feeding back to their team some aspects of what they had experienced.” 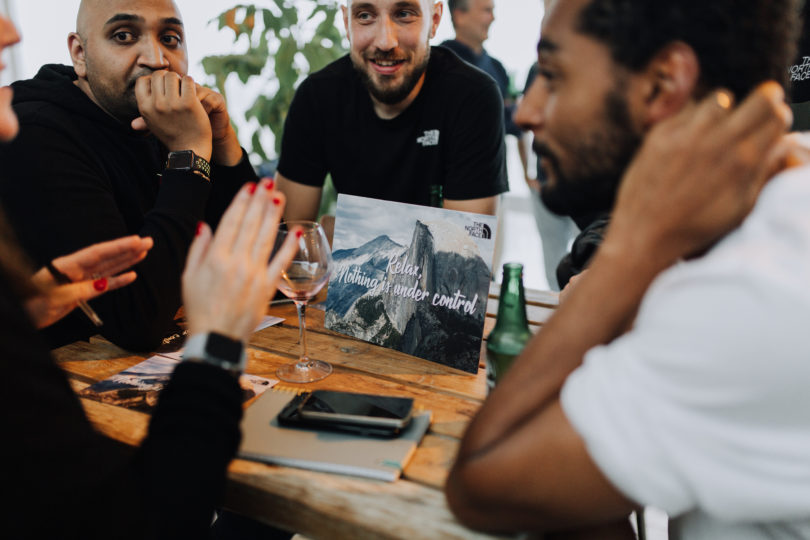 “It is not often that we talk about emotions in the world of work”, points out Caredda, “and it is not easy for a company to devote itself to these issues, because it is calls into question the company itself. But the experience in Amsterdam certainly left its mark and allowed the store managers to understand their personal purpose, in relation to that of the organisation